First of all I'm not even a LiteSpeed customer (yet), but I can pretty much guarantee I'm about to be!

About four days ago I installed the trial version of LiteSpeed Server on my middle-of-the-road-level VPS hosted by those guys who never stand still, they're always in motion... hehe

I can't quote the server's specs off the top of my head, but I am pretty sure it has some RAM and several GBs and processors and whatnot. VP es two thousand I think they say.

Anyhow, suffice it to say that the majority of the Joomla sites I host have generally been doing quite well when they could achieve page load times in the 3 second range. Anything under was stellar, and anything in the 3.x range acceptable.

Now look at this: 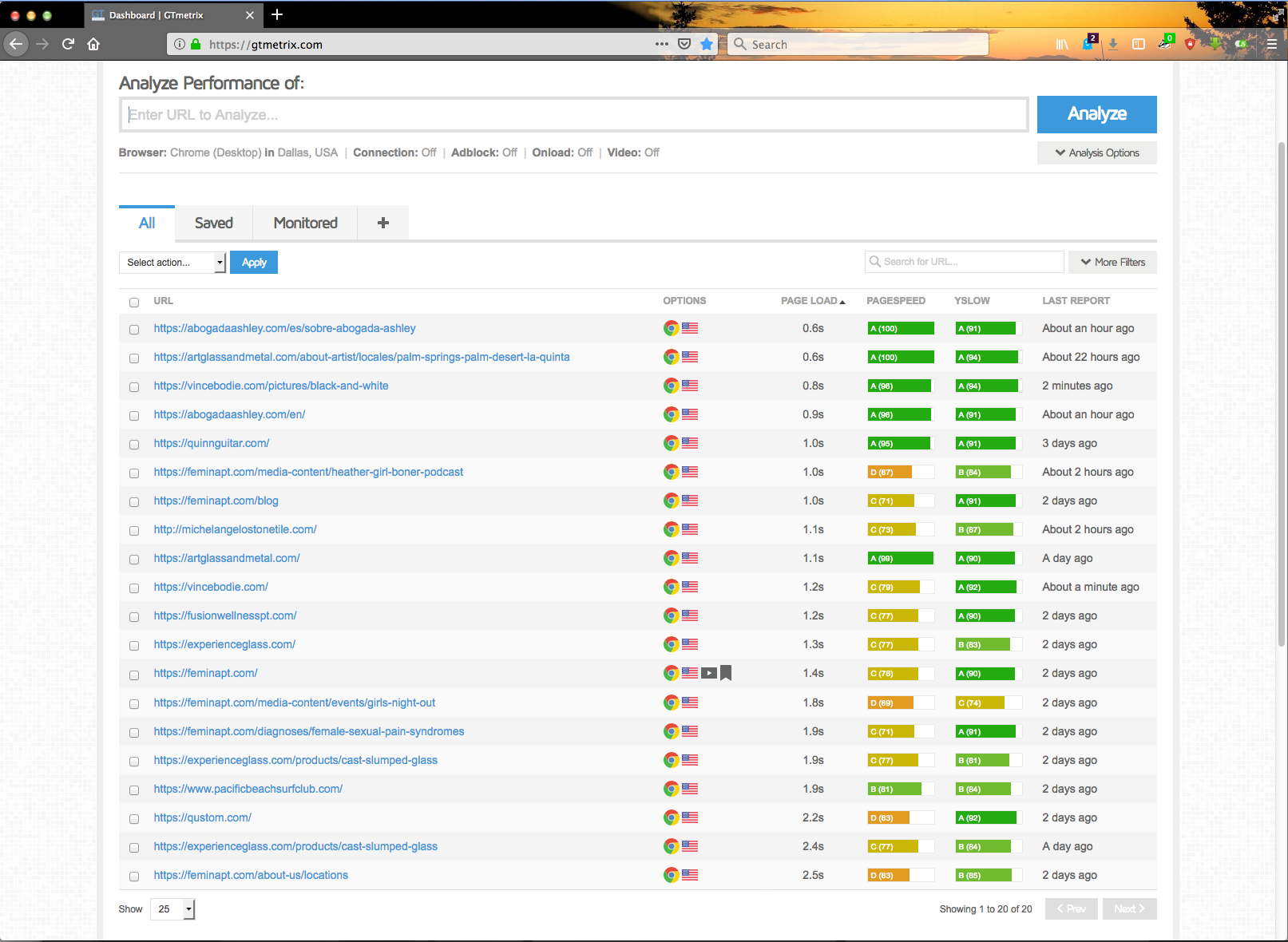 All are Joomla 3.9.0 with JCH Optimize Pro and the LiteSpeed caching plugin. I am frankly dumbfounded at the speeds. A few of the URLs on the lower end of the rankings are running some resource intensive extensions like JomSocial, InstaGram feeds, Google maps, etc., and even they are under 3 seconds, nice!

Unless something like Varnish Cache blows me away like this - or better - it looks like I will be turning that trial into a LS license.
You do not have the required permissions to view the files attached to this post.
Top

Yes litespeed is really good to improve website performance and even improve server security. we are using it them for years for our customers and feedback is always positive.

You might consider mentioning the Open LiteSpeed : )) what is a free version. Also, I am using it for long years because it's the most secure web server which I have found. Just now, some of my new VPS are on ARMv8 which doesn't have the supported X86 architecture so I could install only customized Linux distros without some of Kernel demons. I can't run LiteSpeed but there was no problem with Nginx.

Best regards
You can connect. Grow your network, collaborate, and get one new follower : ))
https://www.linkedin.com/in/jurajvysvader
https://twitter.com/Unisoftdev1
Top

I would recommend you to check out Nginx webserver. It is pretty much the same speed and it is free. I currently have it on my website and it loads within 1sec and 300ms when cached.
Top
Locked
4 posts • Page 1 of 1